Japanese businesses are struggling to keep up standards 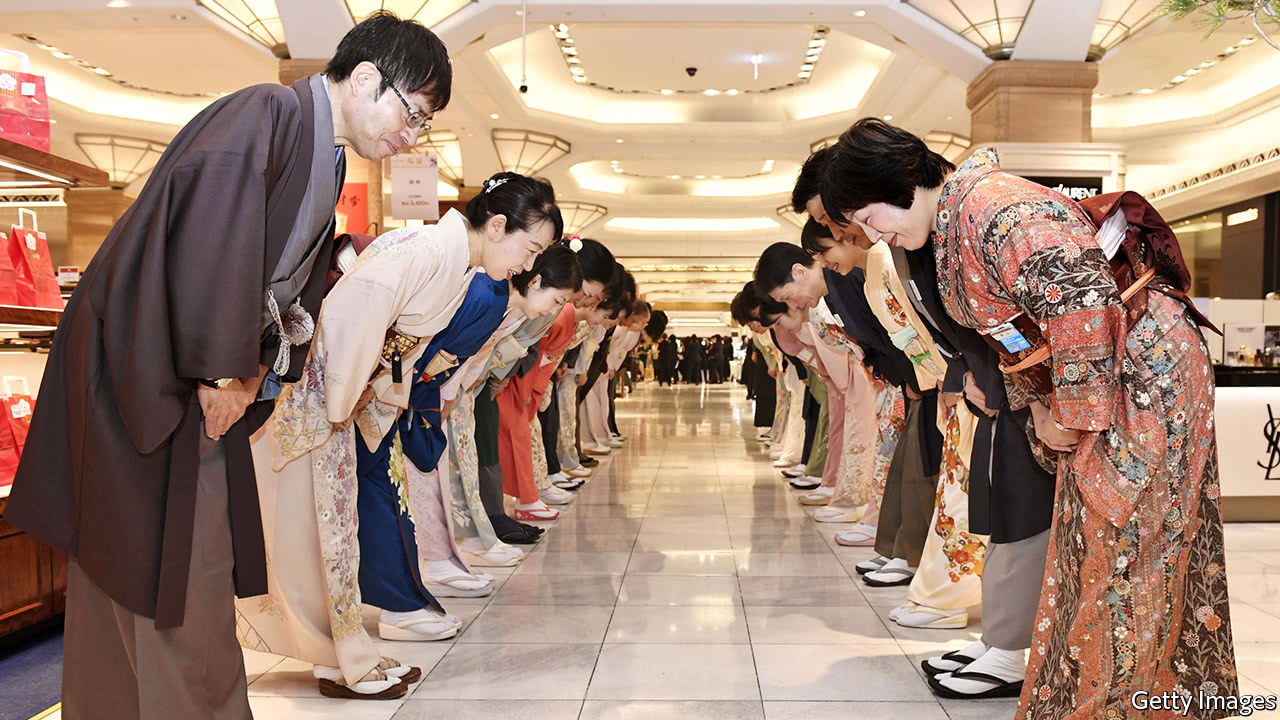 KUMIKO HIRANO has noticed a disquieting change when she goes to her neighbourhood konbini, one of Japan’s ubiquitous convenience stores. “No one is around and I have to use a loud voice to get someone to serve me,” says the 48-year-old worker in Tokyo. “It irritates me.”

This might not seem a big problem, but Japan prides itself on the standard of customer service, which approaches the level of bespoke attention elsewhere. Taxi drivers, who often wear white gloves, sometimes get out to bow when they drop off a passenger. Staff in shops and restaurants are unfailingly polite. Shoppers can order on Amazon and take delivery reliably the same day. Now Japanese are having slowly to adapt to levels of service long suffered by the rest of the world.

The human touch is becoming rarer. Lawson, another konbini chain, is automating payment during the small hours at selected stores. Some restaurants and supermarkets are following suit....Continue reading