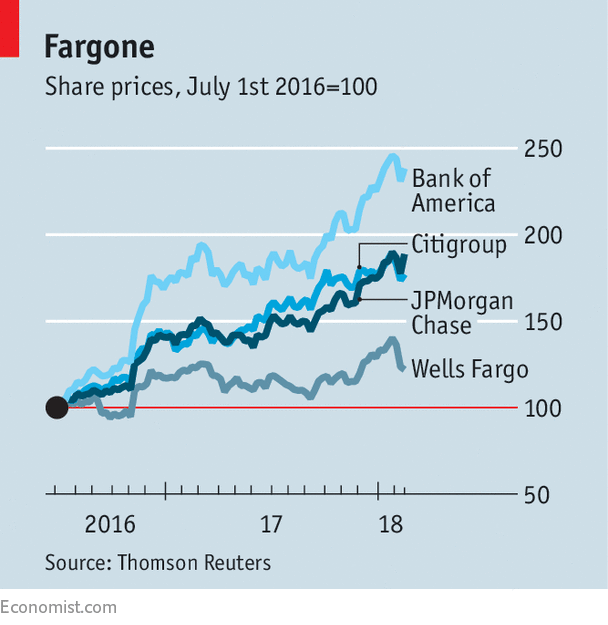 ON HER way out, Janet Yellen, who stood down as the Federal Reserve’s chair on February 2nd, paused to add yet another sanction to those already imposed on Wells Fargo for foisting unwanted insurance and banking products on clients. The latest punishment is a highly unusual one. Wells will be blocked from adding assets to the $2trn held on its balance-sheet at the end of 2017. Two other regulators had already imposed fines and penalties soon after the shenanigans began emerging in 2016. The bank has gone through a big reorganisation. The Fed’s belated response presumably took into account not only the errant conduct but also the political fallout. The government, as well as the bank, had been embarrassed.

At first glance, Wells is an odd target for such treatment. During the financial crisis it proved itself the best of the big banks, with relatively high underwriting standards and manageable losses. The scandal was huge—millions of clients were pushed into unwanted products. But the financial costs...Continue reading