The next generation of wireless technology is ready for take-off 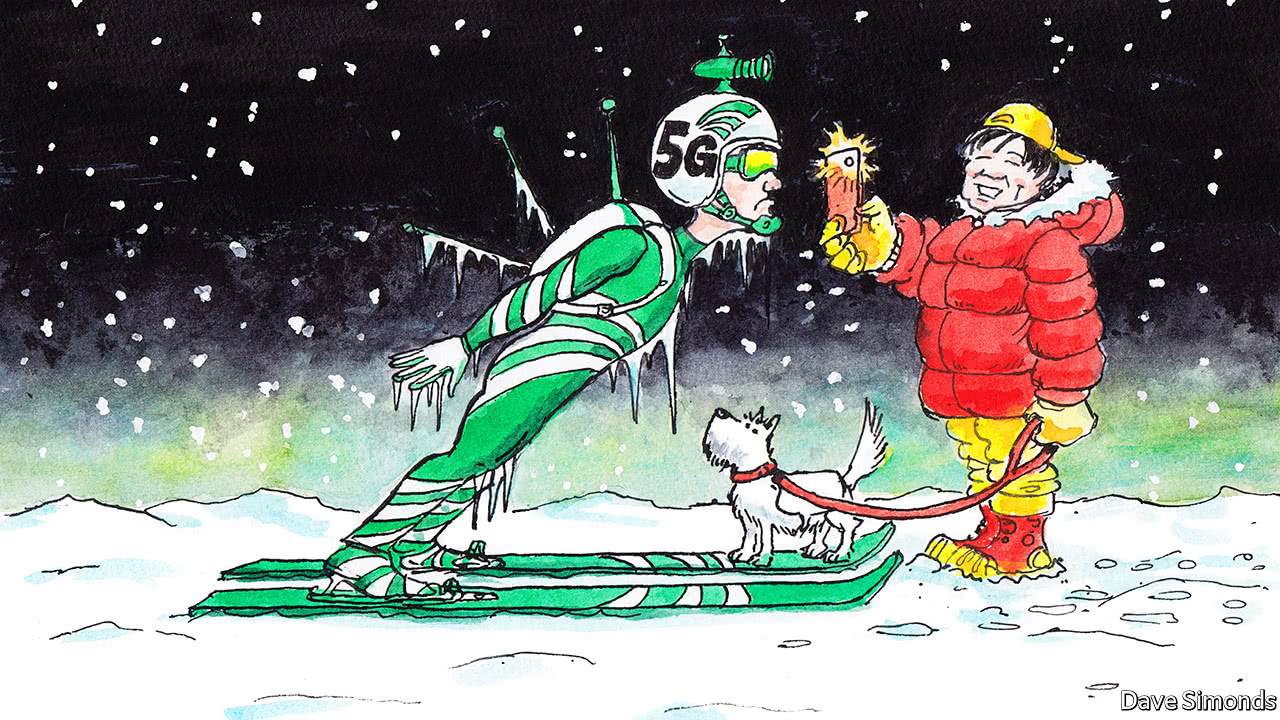 NORTH KOREAN athletes will not be the only unusual participants at the winter Olympics in Pyeongchang in South Korea, which begin on February 9th. Anyone can take part, at least virtually. Many contestants will be watched by 360-degree video cameras, able to stream footage via a wireless network. At certain venues around the country sports fans will be able to don virtual-reality, head-mounted displays to get right into the action. Flying alongside a ski jumper, for instance, will offer an adrenalin rush without any risk of a hard landing.

These virtual experiences will be offered by KT, South Korea’s largest telecoms firm. They are meant to showcase the latest generation of wireless technology, known as “5G”. But just as ski jumpers never know exactly how far they will leap after leaving the ramp, it is unclear where 5G will land.