How to interpret a market plunge 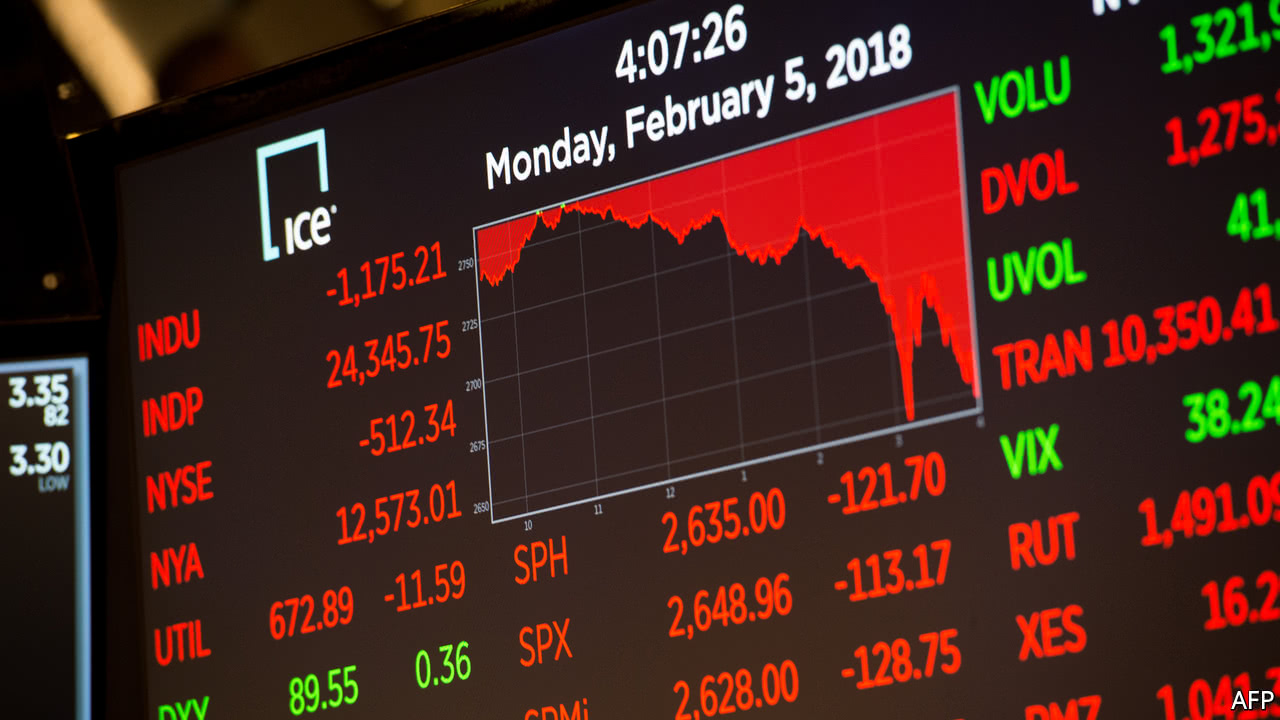 FOR much of the past two years, market watchers have had little to write about, apart from the passing of one stock-index milestone after another. The events of the past week, however, have shaken the financial world awake. A recent, upward zag in bond yields seemed to signal the arrival of a new theme in market movements. Stock prices confirmed it, and then some. Over the past week, American stocks have dropped about 7%, punctuated by a breathtaking, record-setting plunge on Monday. The Dow Jones stock index recorded its largest ever one-day drop, of more than 1,000 points. In percentage terms the decline, of more than 4%, was the biggest since 2011.

The swoon set tongues to wagging, about its cause and likely effect. There can be no knowing about the former. Markets may have worried that rising wages would crimp profits or trigger a faster pace of growth-squelching interest-rate increases, but a butterfly flapping its wings in Indonesia might just as well be to blame. There is little more certainty regarding the latter. Commentators have...Continue reading