Why United Airlines has got into a flap over a peacock 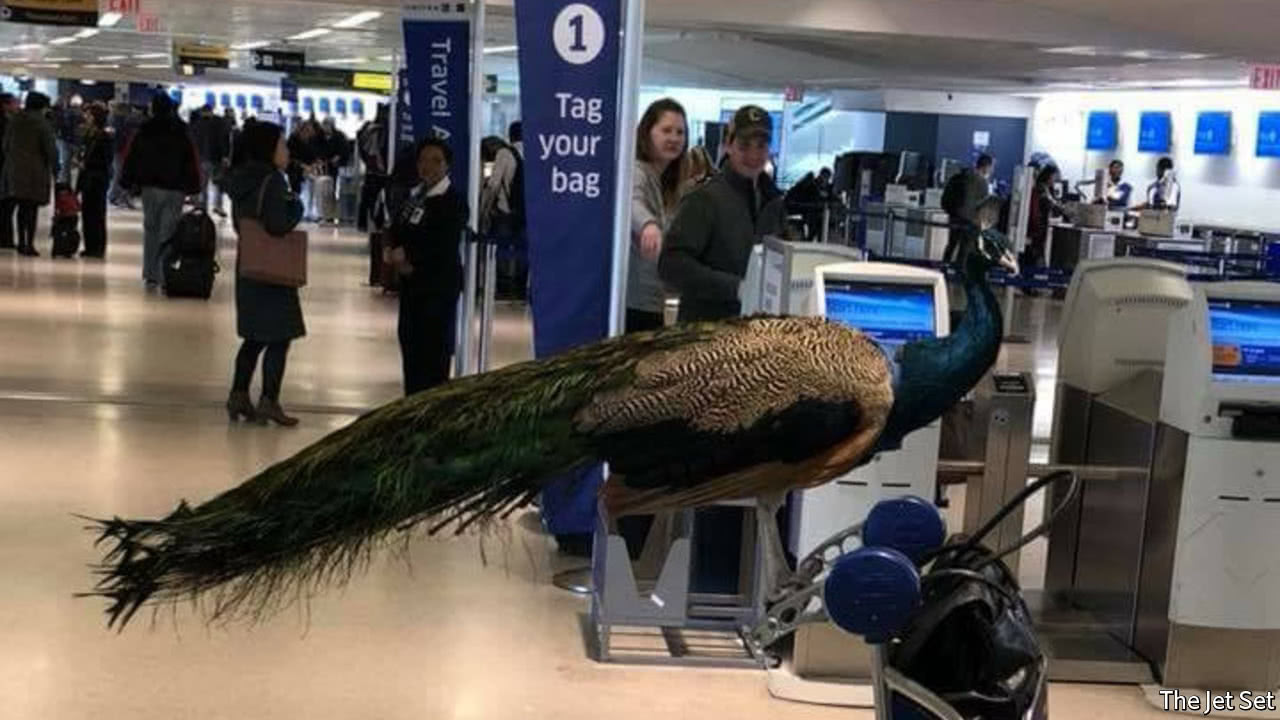 FEDERAL guidelines in America stipulate that airlines must allow passengers with disabilities to bring support animals onto flights. The rules were originally designed with guide dogs for the blind and the like in mind. Yet in recent years the rules have allowed a host of unusual and exotic animals to board planes for their owners’ emotional wellbeing.

Last weekend United Airlines, America’s third-largest carrier, drew the line at a peacock. A woman arrived at Newark International Airport and attempted to board her flight with the large bird, which she claimed was an emotional-support animal. The Jet Set, a travel show, captured images of the bird as it was denied boarding (see picture). The airline told the Washington Post that the peacock “did not meet guidelines for a number of reasons, including its weight and size” and that “we explained this to the customer on three separate occasions before they arrived at the airport.”