A safe asset is devised for the euro zone 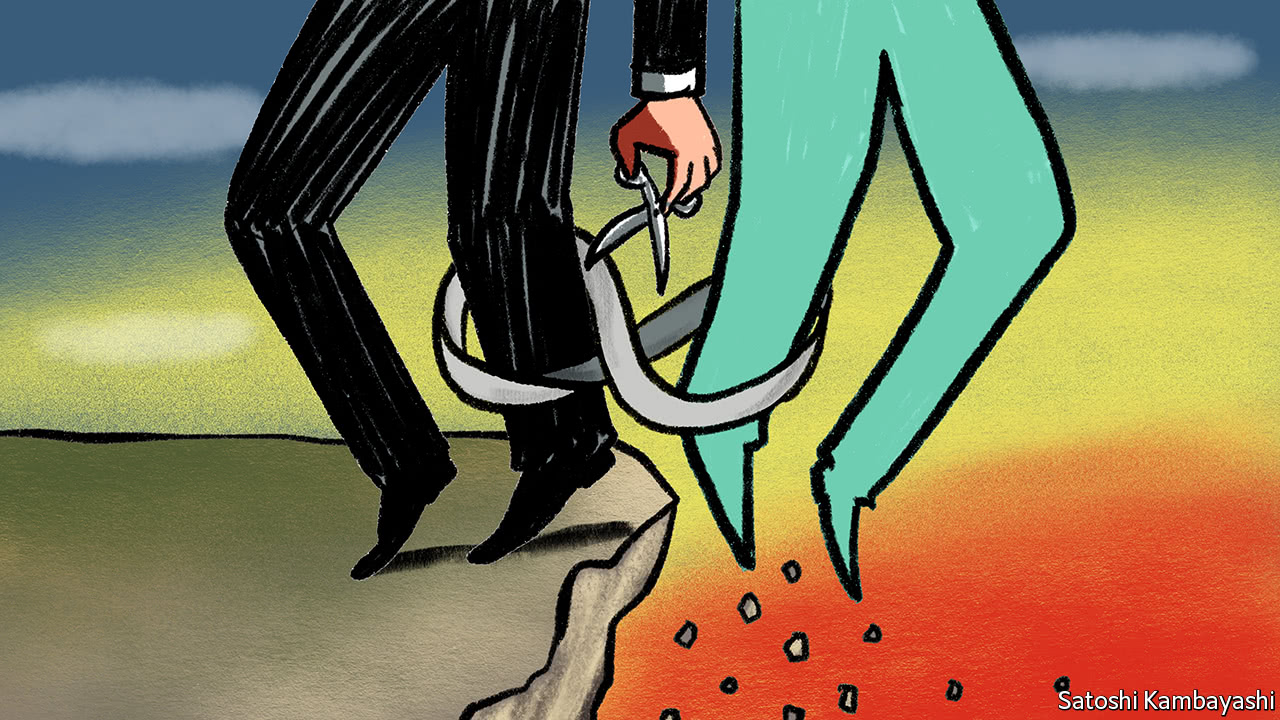 THESE are bright days in the euro area. Preliminary figures say that the currency zone’s GDP grew by 2.5% last year, the fastest since 2007. But many of the faultlines in the zone’s financial system, as revealed by the financial crisis, remain. A proposal published on January 29th by a group reporting to the European Systemic Risk Board, a prudential supervisor, may mend one of the more troubling flaws.

Euro-area banks favour their home countries’ debt. A sample of 76 lenders examined by supervisors last year had exposures of €1.7trn ($1.9trn) to euro-area governments, of which €1.1trn was lent to their home states. That exceeded the banks’ common equity tier-1 capital, their cushion against losses, of €1trn. The fortunes of states and banks are thus bound in a “doom loop”. Suppose an economic shock raises the risk of a sovereign default. Banks’ balance-sheets start to crumble. They need propping up by the already wobbly state. And as they cut lending, the real economy weakens,...Continue reading