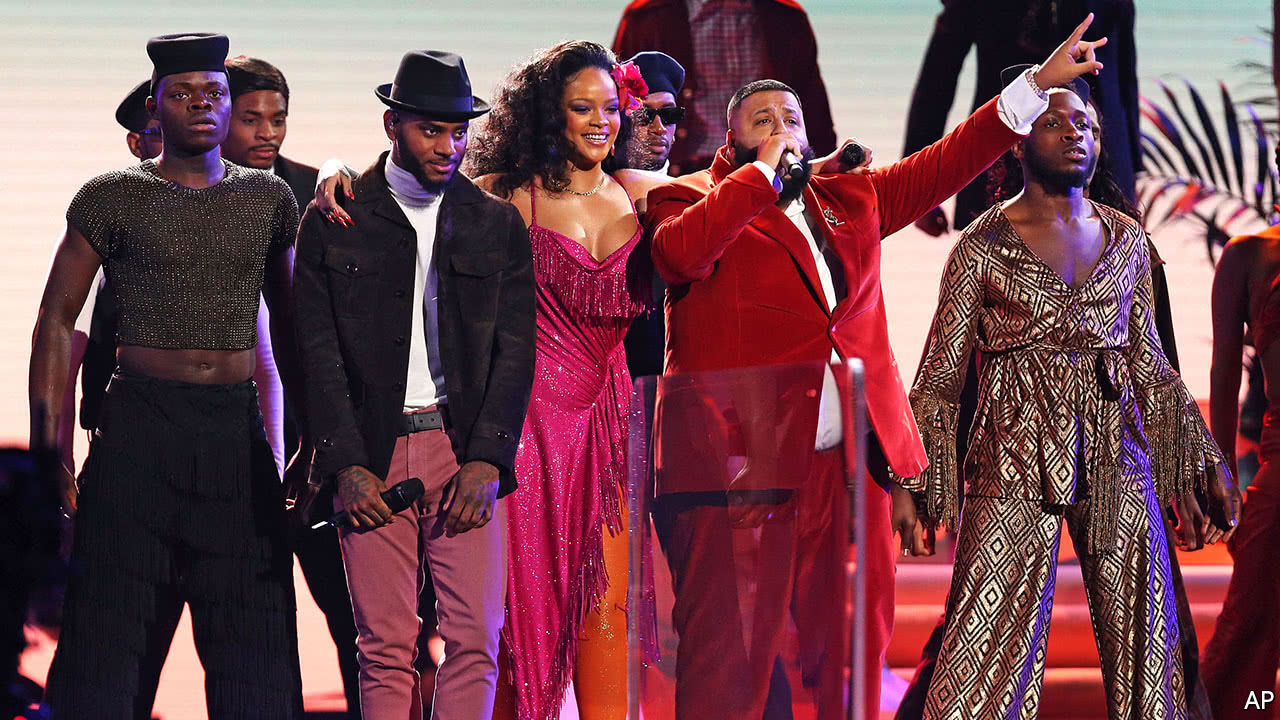 DJ Khaled has some wild thoughts

FEW who have given an address at Harvard Business School have a CV like that of Khaled Mohamed Khaled, who spoke there in 2016. The 42-year-old music producer began his career as a record-store clerk and radio host. Today DJ Khaled, as he is known to fans, is one of the world’s most successful hip-hop artists. Although critics may disagree on the merits of Mr Khaled’s music, his selling strategy—bringing together the hottest pop stars of the moment—is worthy of any business-school classroom. America’s music industry is increasingly following his formula.

Collaborations like those assembled by Mr Khaled are nothing new. Ever since the hip-hop group Run-DMC teamed up with Aerosmith, a rock band, to record “Walk This Way” in 1986, record labels have recognised that combining the fan bases of multiple artists can be a boon to record sales. The practice has spread. According to data from the Billboard...Continue reading