When you cannot sue your employer 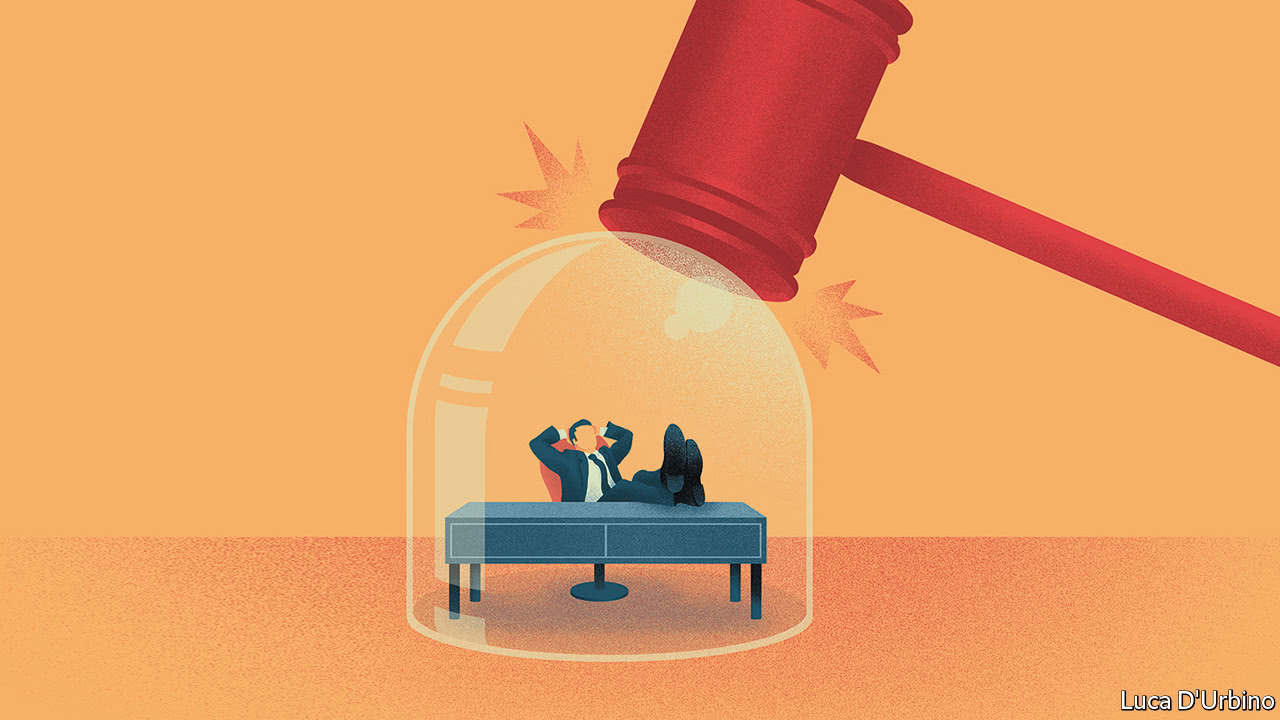 IMAGINE wanting to sue your employer, because you have been harassed or discriminated against, only to find that your access to the courts is blocked. It turns out you signed away your right to use the judicial system when you started the job: somewhere, hidden in the documents that came with your employment contract, was a clause obliging you to resolve future disputes through private arbitration, rather than in court.

An increasing number of American employees find themselves in this situation. Over half of non-unionised employees are covered by arbitration requirements, estimates Alexander Colvin of Cornell University, based on a survey in 2017 of 627 private-sector workplaces. Such agreements have come under greater scrutiny after the wave of workplace sexual-harassment revelations last year. Gretchen Carlson, a former news anchor for Fox, a broadcaster, has called arbitration “the harasser’s best friend”. Prevented by an arbitration clause from suing the network, Ms Carlson sued her boss...Continue reading