IN THEIR quest to stabilise the job market, central banks are setting a bad example. Jerome Powell, whom senators this week confirmed as the next chairman of America’s Federal Reserve, will lead an institution with three existing vacancies on its seven-member board, and a fourth that will open up imminently. Not since July 2013 has its rate-setting committee boasted the full complement of 12 voting members. 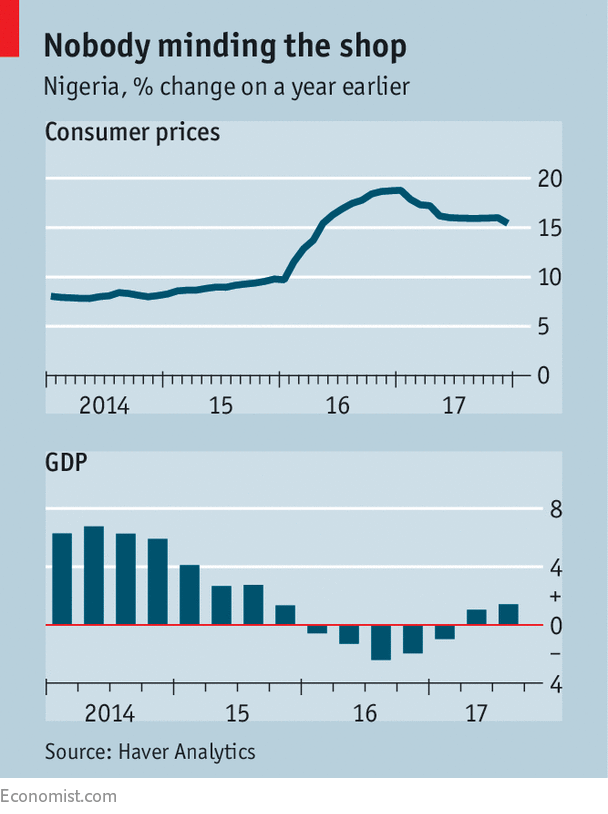 This monetary undermanning is, however, much worse in Nigeria. Its monetary-policy committee was unable to meet as scheduled on January 22nd-23rd because it lacked the six members necessary for a quorum. Five recent nominees still await confirmation by the country’s Senate. The chamber is holding up all but a few executive appointments in retaliation for President Muhammadu Buhari’s failure to remove an official (the acting anti-corruption tsar) whom the Senate twice rejected. In the absence of a monetary-policy meeting (and the lengthy communiqué that eventually follows it), the central bank...Continue reading