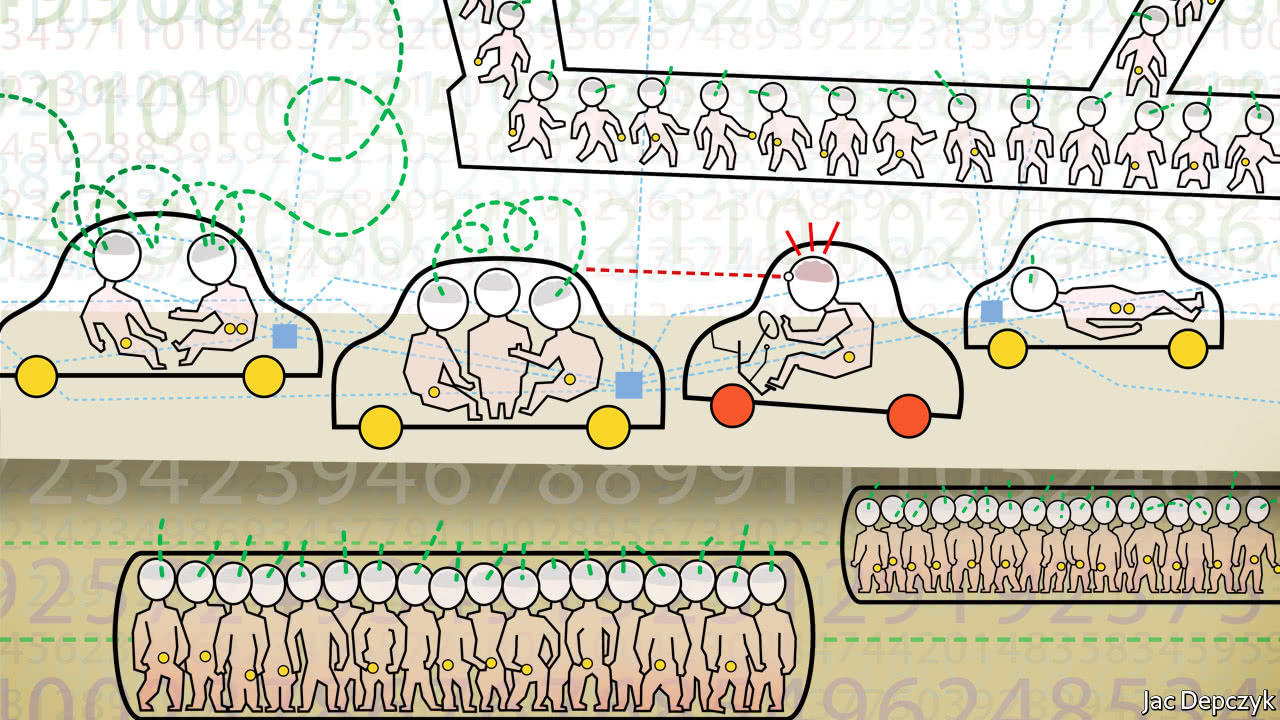 THE most distractingly unrealistic feature of most science fiction—by some margin—is how the great soaring cities of the future never seem to struggle with traffic. Whatever dystopias lie ahead, futurists seem confident we can sort out congestion. If hope that technology will fix traffic springs eternal, history suggests something different. Transport innovation, from railways to cars, reshaped cities and drove economic advance. But it also brought crowded commutes. Now, as tech firms and carmakers aim to roll out fleets of driverless cars, it is worth asking: might this time be different? Alas, artificial intelligence (AI) is unlikely to succeed where steel rails and internal-combustion engines failed.