HEDGE-FUND managers may be feeling quietly smug about their performance in 2017. They returned 6.5% on average, according to Hedge Fund Research, a data provider, their best year since 2013.

But those returns do not really suggest that they are masters of the investing universe. The S&P 500 index, America’s main equity benchmark, returned 21.8%, including dividends, last year. More tellingly, a portfolio split 60-40 between the S&P 500 and a mixture of government and corporate bonds (an oft-used benchmark for institutional portfolios) would have returned 14.8%. Last year was the fifth in a row when hedge funds underperformed the 60/40 split (see chart). 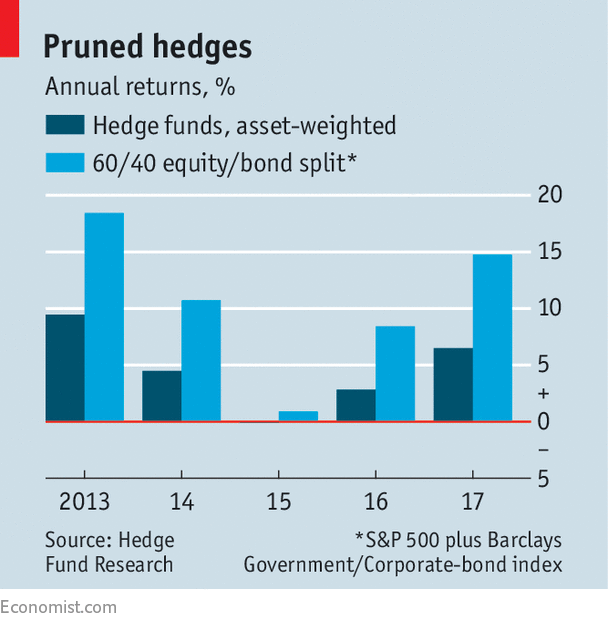 That ought to be a salutary lesson for those institutions who think that backing hedge funds is the answer to their prayers. Despite the highs recorded by stockmarkets, many employers are struggling to fund their final-salary pension promises. In 2016 the average American public-sector plan was just 68%-funded, according to the Centre for...Continue reading