Natural disasters made 2017 a year of record insurance losses

THAT 2017 suffered from more than its fair share of natural catastrophes was known at the time. In the wake of Hurricane Harvey, the streets of Houston, Texas, were submerged under brown floodwater; Hurricane Irma razed buildings to the ground on some Caribbean islands. That the destruction was great enough for insurance losses to reach record levels has only just been confirmed. According to figures released on January 4th by Munich Re, a reinsurer, global, inflation-adjusted insured catastrophe losses reached an all-time high of $135bn in 2017 (see chart). Total losses (including uninsured ones) reached $330bn, second only to losses of $354bn in 2011. 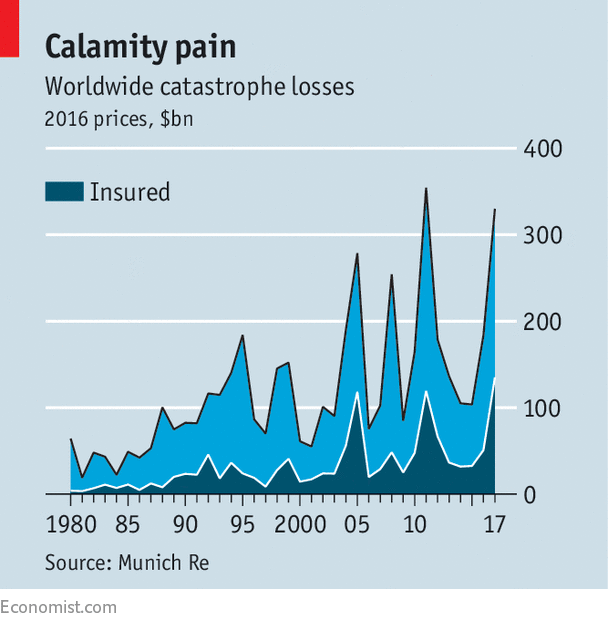 A large portion of the losses in 2011 was caused by one catastrophe: the earthquake and tsunami in Japan. Losses in 2017 were largely traceable to extreme weather. Fully 97% were weather-related, well above the average since 1980 of 85%. If climate change brings more frequent extreme weather, as Munich Re and others expect, last year’s loss levels may...Continue reading