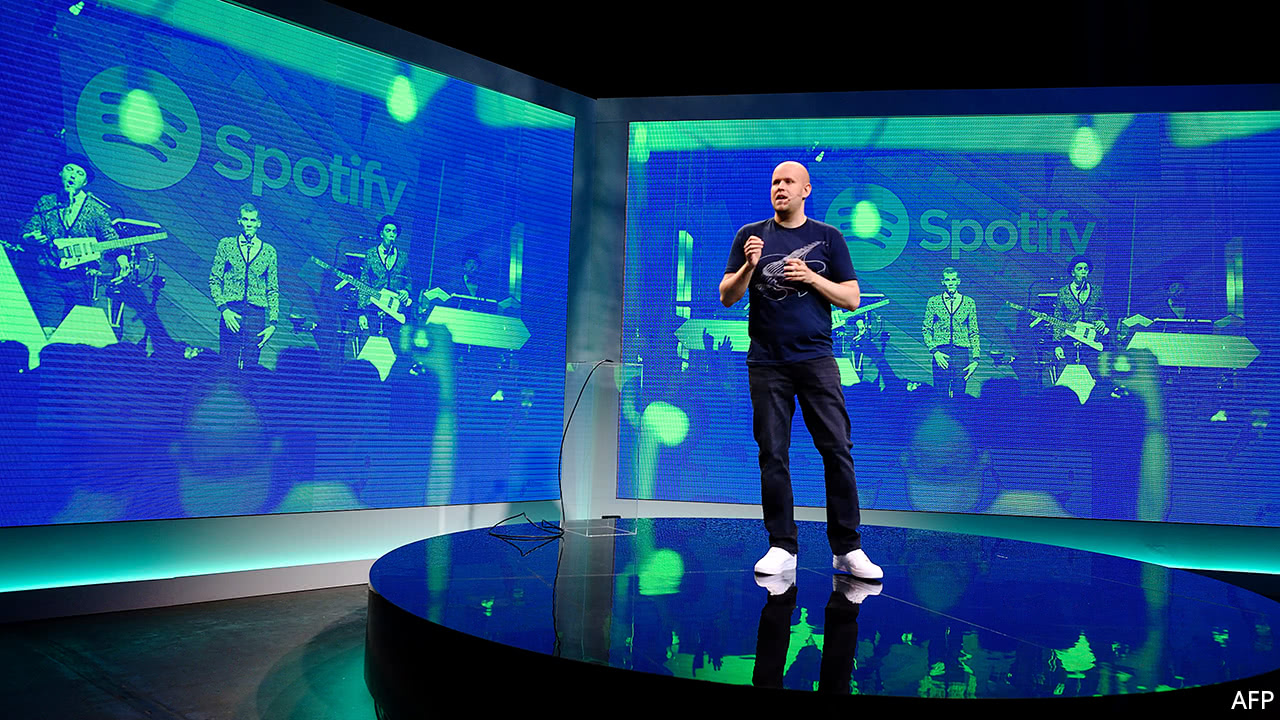 IN JUST a few short years Spotify has evolved from bête noir of some of the world’s most prominent recording artists to perhaps their greatest benefactor. The Swedish company transformed the way people listen to music, and got them used to paying for it again after digital piracy had crippled sales. Global revenues from music streaming, which Spotify dominates with 70m subscribers, more than tripled in three years, to an estimated $10.8bn last year, for the first time surpassing digital and physical sales of songs and albums.

But if it is earning billions for others, Spotify is losing money for itself—with an operating loss of nearly $400m in 2016—because it pays out at least 70% of its revenues to the industry, mostly in royalties. As it prepares for a “direct” listing on the New York Stock Exchange (see article) it must convince...Continue reading