AFTER a bumper year for financial markets in 2017, can 2018 be anything like as good? Much will depend on the global economy. The rally in stockmarkets stretches back almost two years, to the point when worries about an era of “secular stagnation” started to diminish. 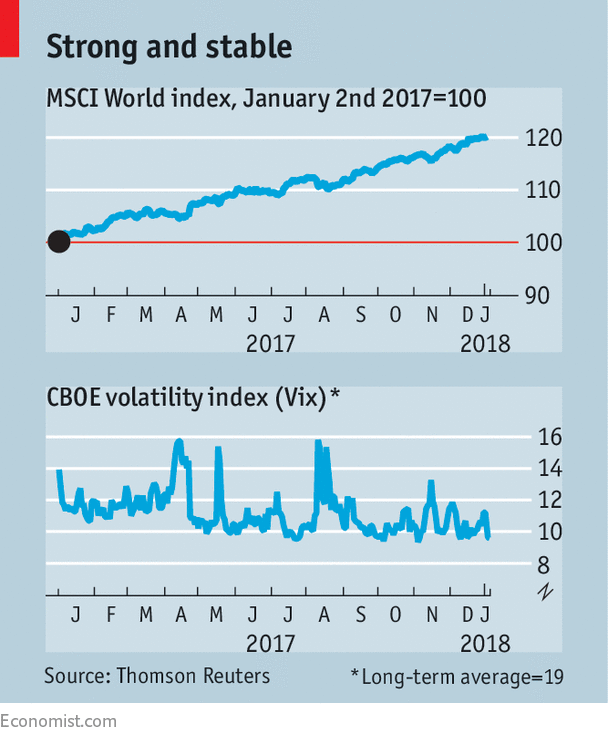 The first pieces of economic data to be published in January—the purchasing managers’ indices (PMI) for the manufacturing sector—were pretty upbeat. In the euro zone the index recorded its highest level since the survey began in 1997. China’s PMI was stronger than expected, and America’s index showed new orders at their highest...Continue reading

Are America’s airports the worst in the world?