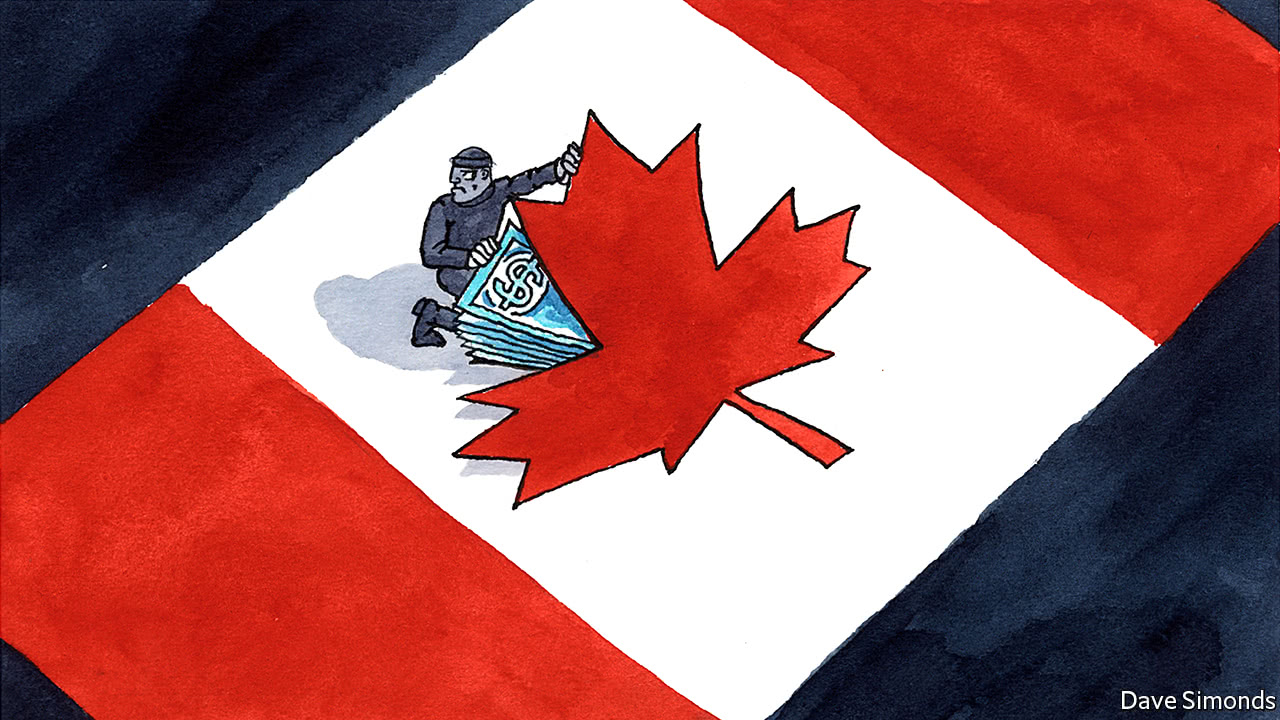 WHEN reports surfaced in 2016 of foreign students with no known income buying homes worth millions of dollars in Vancouver, locals said it was yet more evidence that foreigners were inflating prices in Canada’s dearest property market. It was also evidence of a home-grown problem. The students turned out to be figureheads for anonymous firms whose ultimate owners cannot be identified because the information is not legally required by the land registry. Canadian authorities are concerned about the abuses caused by such opacity. The property market may well be attracting foreign criminals and corrupt officials seeking to launder dirty money, notes David Eby, the attorney-general of British Columbia.

Other countries have taken steps to make sure that anonymous ownership of firms does not help criminals. In 2014 G20 leaders agreed to make the ultimate ownership of legal entities more transparent. Britain, for example, set up a searchable, public database of beneficial or ultimate owners of all firms,...Continue reading