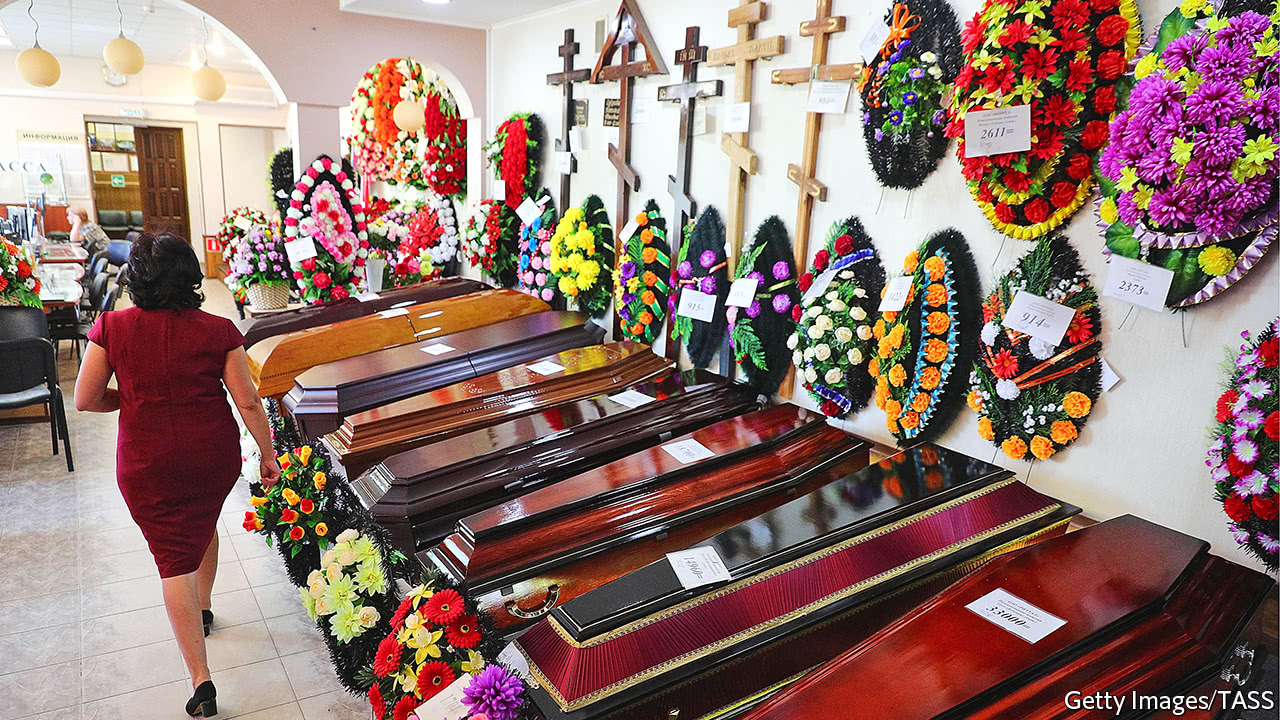 THE calls began shortly after Yulia’s grandmother died. The undertaker offered help arranging the funeral, for 47,000 roubles ($800) in cash. She then travelled to Moscow’s Khovanskoe Cemetery, where she was offered a discount on a gravesite—150,000 roubles off—if she could bring cash within three hours and sign a receipt saying she had paid half that amount. Yulia (whose name has been changed) and her family gave in. “We knew we were paying a bribe, but what else could we do?”

To bury a loved one in Russia often means entering an underworld of corruption and red tape. The myriad goods and services needed, from preparing the body for burial to funeral arrangements to carving a headstone, all represent opportunities for extortion in a largely informal market. “Instead of a funeral as a commercial service, the consumer is offered a strange sort of quest,” writes Sergei Mokhov, editor of The Archaeology of...Continue reading