The WTO remains stuck in its rut 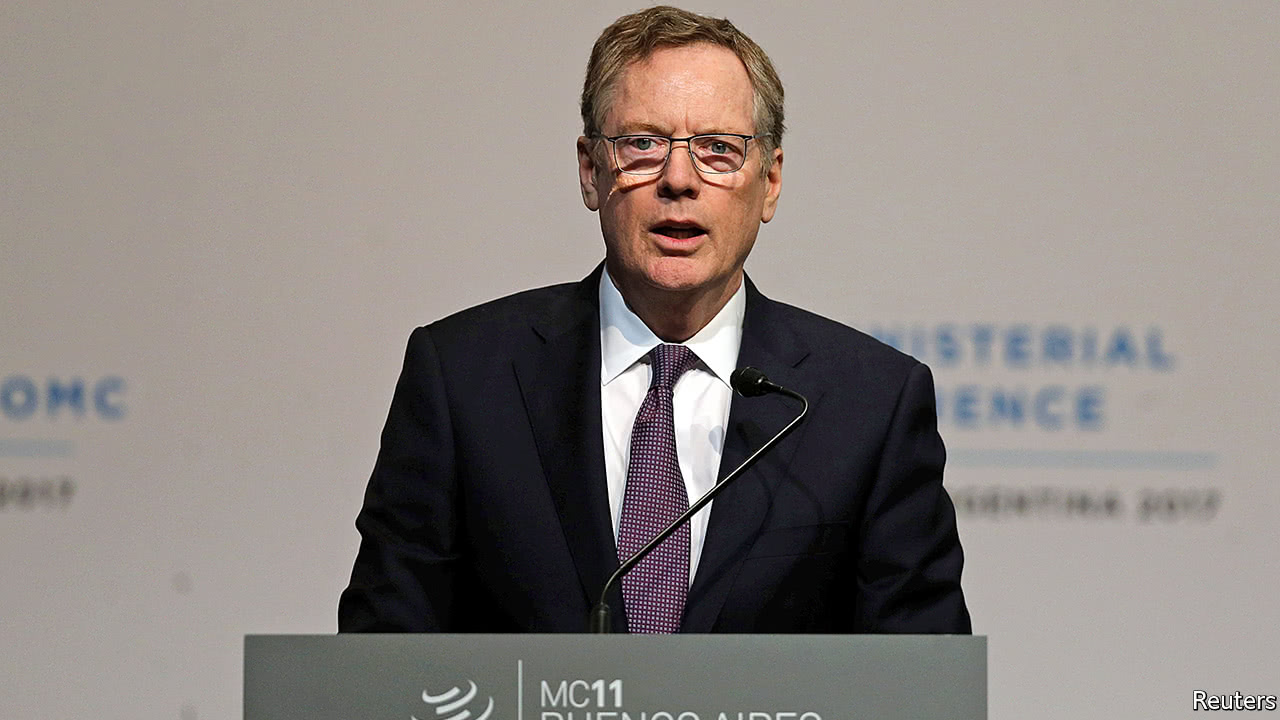 “THERE is life after Buenos Aires,” soothed Susana Malcorra, chair of the 11th ministerial meeting of the World Trade Organisation (WTO). Multilateralism may not be dead, but it has taken a kicking. Expectations were low as the meeting began in the Argentine capital. They sank even lower as it progressed. Delegates failed to agree on a joint statement, let alone on any new trade deals.

Many arrived with a culprit already in mind. Robert Lighthizer, the United States Trade Representative, was the face of an administration that is both questioning the benefits of multilateralism and jamming the WTO’s process of settling disputes. As negotiations progressed, some delegates groused that American leadership was lacking. Some even speculated that the Americans might be happy if multilateral talks foundered. What better proof, after all, that the system is broken?

Ms Malcorra, without mentioning the Americans by name, warned against creating scapegoats out of those...Continue reading