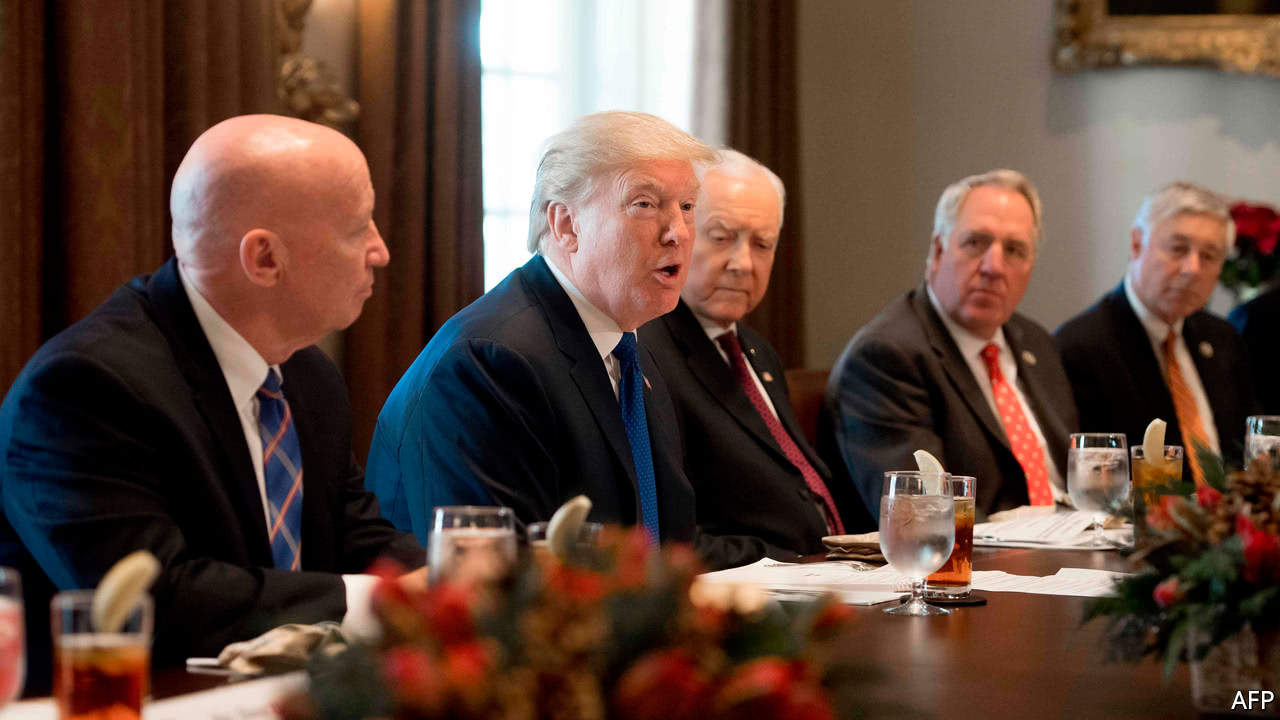 PRESIDENT DONALD TRUMP’S effort to change America’s tax code is approaching the finishing line. Republican negotiators from the Senate and the House of Representatives this week hashed out a consensus bill behind closed doors. On December 13th, Mr Trump expressed confidence that he would be able to sign the reform into law before Christmas.

The key provision is the slashing of the corporate tax rate, from 35% to 21%. Big business in America uniformly cheers this reduction. The US Chamber of Commerce calls it a measure to “grow the economy, create jobs, and increase paychecks”. The Tax Foundation, a right-leaning think-tank, claims that reducing the corporate rate to 20%, just one percentage point lower, would increase the size of the economy by 2.7% over the long run. Yet big firms are less enamoured of controversial international provisions that may make it into the final law. Both the Senate bill and the House bill try to stop the shifting of profits by American multinationals...Continue reading