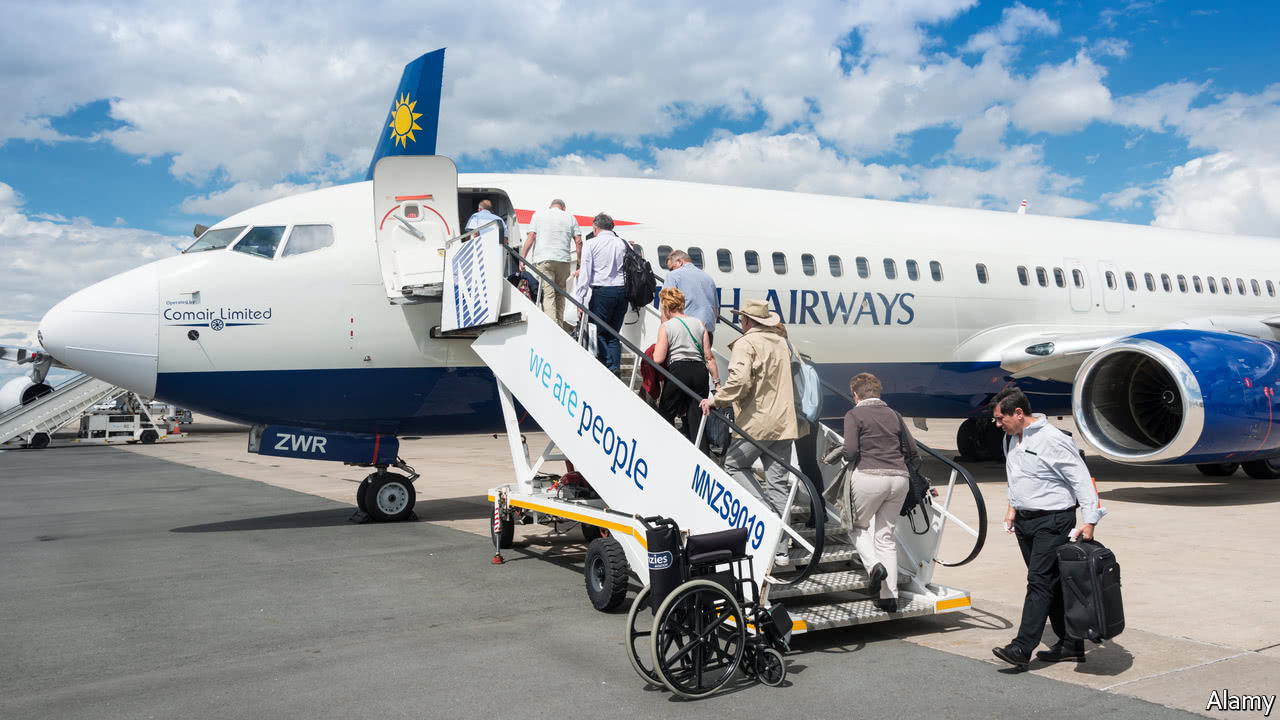 IN THE latest—and possibly most alarming—in a recent string of allegations of racism against airlines, two black musicians claim they were downgraded from business class on a British Airways-branded flight in South Africa to make room for a white woman. Thabo Mabogwane and Bongani Mohosana, a South African musical duo known as Black Motion, purchased business-class tickets for a flight on December 4th from Cape Town to Johannesburg on the South African-based Comair, branded in British Airways’ colours. They wrote on Instagram, a social-media website, that a white woman in business class complained that her seat was broken, and they “happened to be the only two young black men in the British airline business class.” They were asked to move to economy class, and when they complained they were told to leave the plane, both claim.

The airline denied to the

You can check out any time you like, but you can never leave

Putting a price on Bitcoin