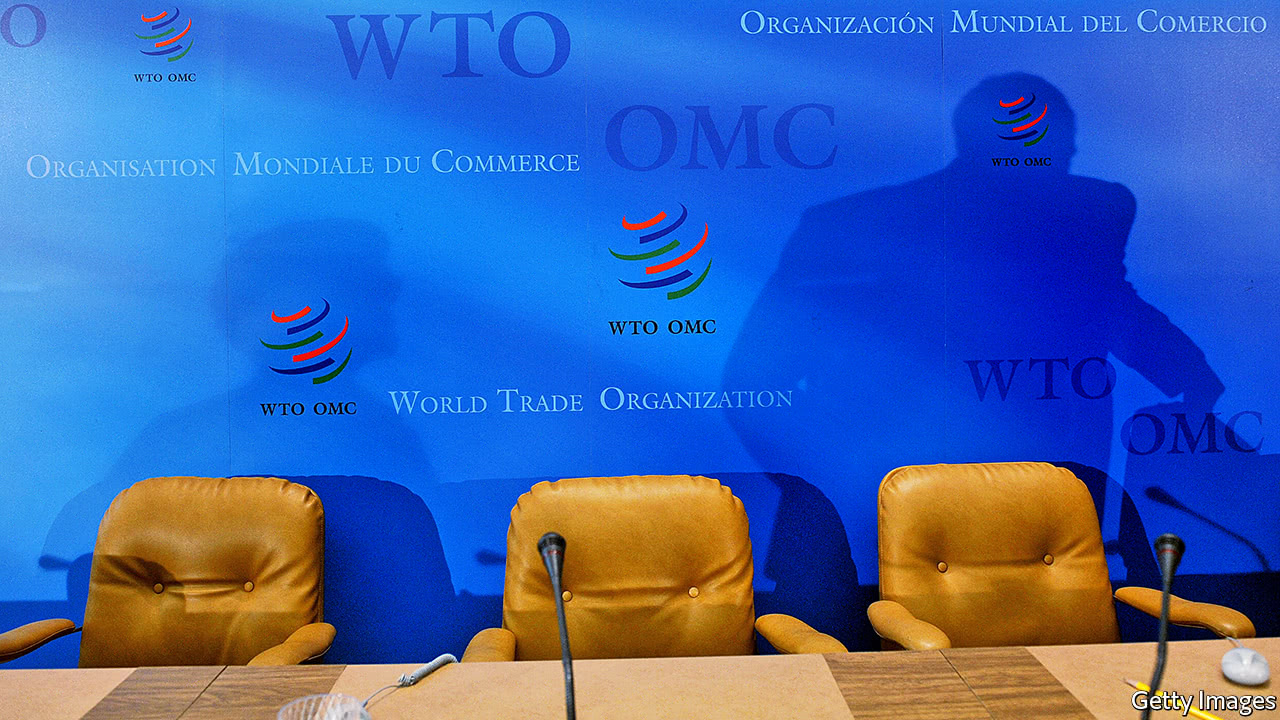 “EVERYBODY meets in Buenos Aires,” said Cecilia Malmstrom, the European Union’s trade commissioner, days before heading there for the World Trade Organisation’s (WTO) biennial gathering of ministers, which opens on December 10th. Some non-governmental organisations have been blocked by the protest-averse Argentine authorities, but a meeting of people will indeed take place. One of minds is another matter.

Most participants can agree on one thing. The WTO, which codifies the multilateral rules-based trading system, needs help. President Donald Trump has railed against it and threatened to pull America out. Without American leadership, there is little hope of reaching new deals. And even as the WTO’s dealmaking arm is paralysed, the Trump administration is weakening its judicial one by starving it of judges.

Despite Mr Trump’s threats, America does not seem on the verge of crashing out of a system it helped to construct, to rely entirely on bilateral trade deals and...Continue reading

The battle between Bangladesh’s two begums is over