Marijuana businesses, excluded from finance, are forced to use cash 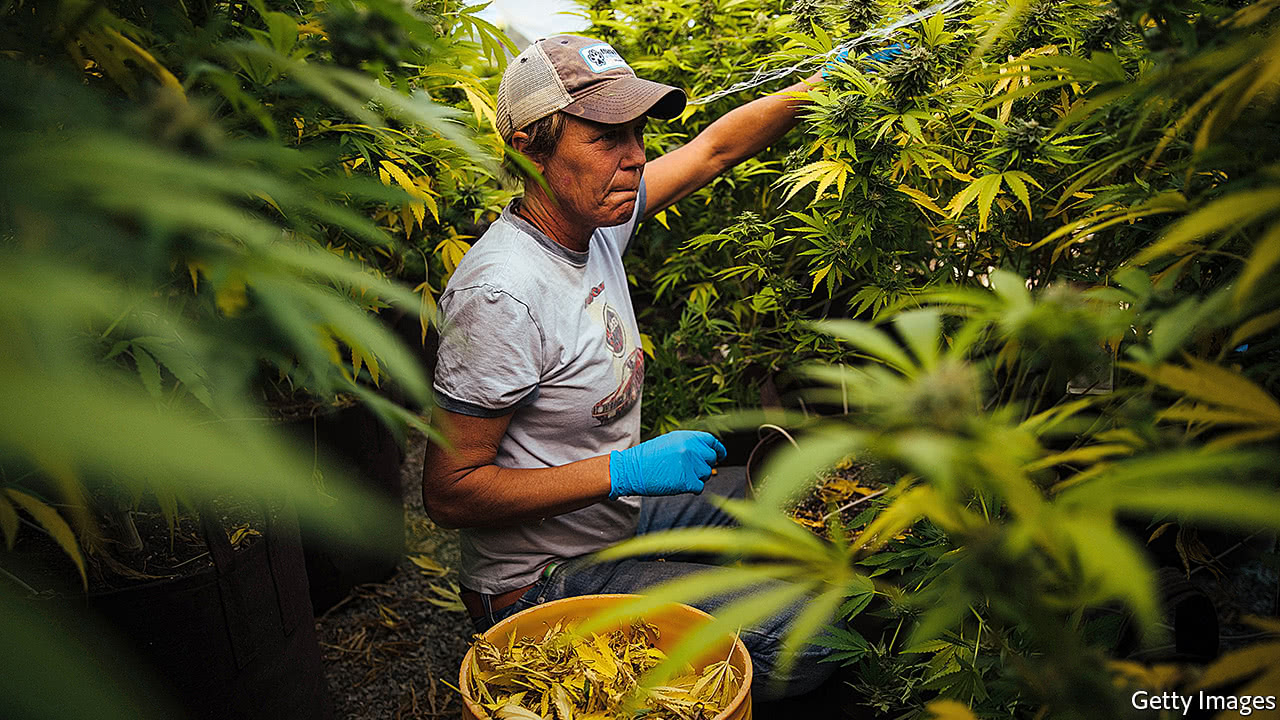 MANY marijuana growers in northern California, America’s biggest source of the stuff, had expected this autumn’s harvest to be the largest ever. After all, recreational marijuana becomes legal in the state in January. Instead, wildfires in October—spreading so fast they killed 43 people—burned up half the marijuana growing in the area’s tri-county “Emerald Triangle” alone and new fires now raging will claim more. Some reckon the fires set a record not just for burnt pot, but also for the value of banknotes turned to ash.

Although 29 American states allow sales of marijuana for medical use (or medical and recreational use), federal law still classifies it as a “schedule 1” drug like heroin. Firms handling marijuana proceeds can be prosecuted for moneylaundering. Ned Fussell of CannaCraft, a maker of marijuana products, says that a few firms open a bank account under an alternative identity. But banks almost always find out. So cannabis businesses operate almost...Continue reading

All the buzz at AI’s big shindig

How airlines are squeezing more seats onto their planes