CENTRAL bankers may control short-term interest rates, but long-term ones are mostly free to wander. They do not always behave. When Alan Greenspan, then chairman of the Federal Reserve, was raising short rates in 2005, he described a simultaneous decline in long rates as a “conundrum”. His successor-to-be, Ben Bernanke, blamed foreign investments in American assets because of a “global saving glut”.

Janet Yellen, today’s (outgoing) Fed chair, faces a similar puzzle. Ms Yellen’s Fed has raised rates twice this year, and will probably make it three times in December. In October the Fed began to reverse quantitative easing (QE), purchases of financial assets with newly created money. Despite all this monetary tightening, yields on ten-year Treasury bonds have fallen from around 2.5% at the start of 2017 to about 2.3% today. As a result, the “yield curve” is flattening. The difference between ten-year and two-year interest rates is at its lowest since November 2007 (see chart). 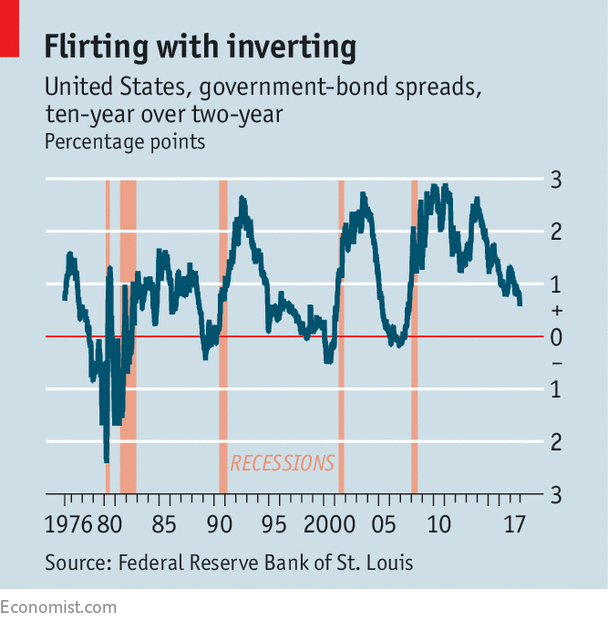