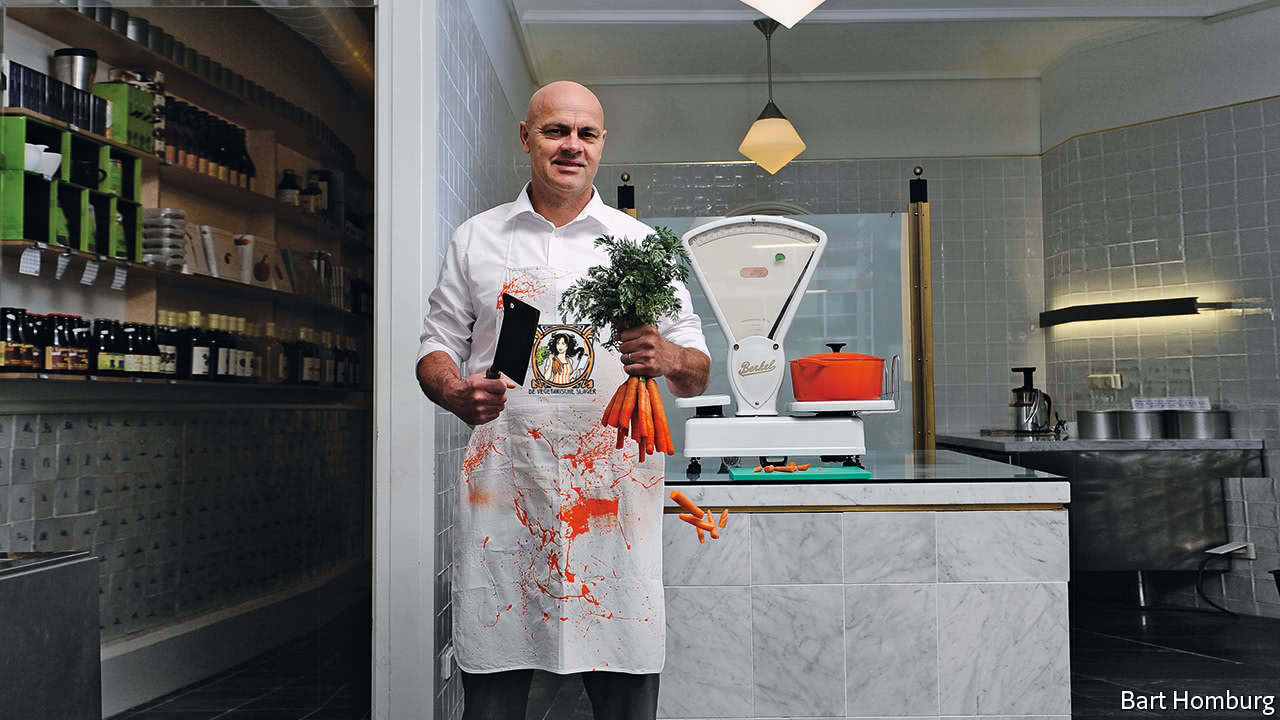 THE “kapsalon” is a healthy mix of chips, melted Gouda cheese, shawarma, lettuce and garlic sauce and is a tried and tested hangover cure in the Netherlands. So naturally, a butcher’s shop on the Spui, in The Hague, put it on its takeaway menu, alongside burgers and sausage rolls. As two young women walk out, tucking into their steaming kapsalons, an elderly gentleman asks how to prepare the steak he has just bought. The scene would have most carnivores fooled. For this butcher deals only in meatless “meat”.

“We want to become the biggest butcher in the world without ever slaughtering an animal,” says Jaap Korteweg, a ninth-generation farmer and founder of The Vegetarian Butcher. Since opening its first shop in The Hague in 2010 the company has been developing plant-based products that look, smell and taste like meat. “This shouldn’t just taste like real chorizo, it should leave the same red stains on your fingers,” says Maarten...Continue reading

Digital news outlets are in for a reckoning