The last media mogul stuns his industry with talk of selling 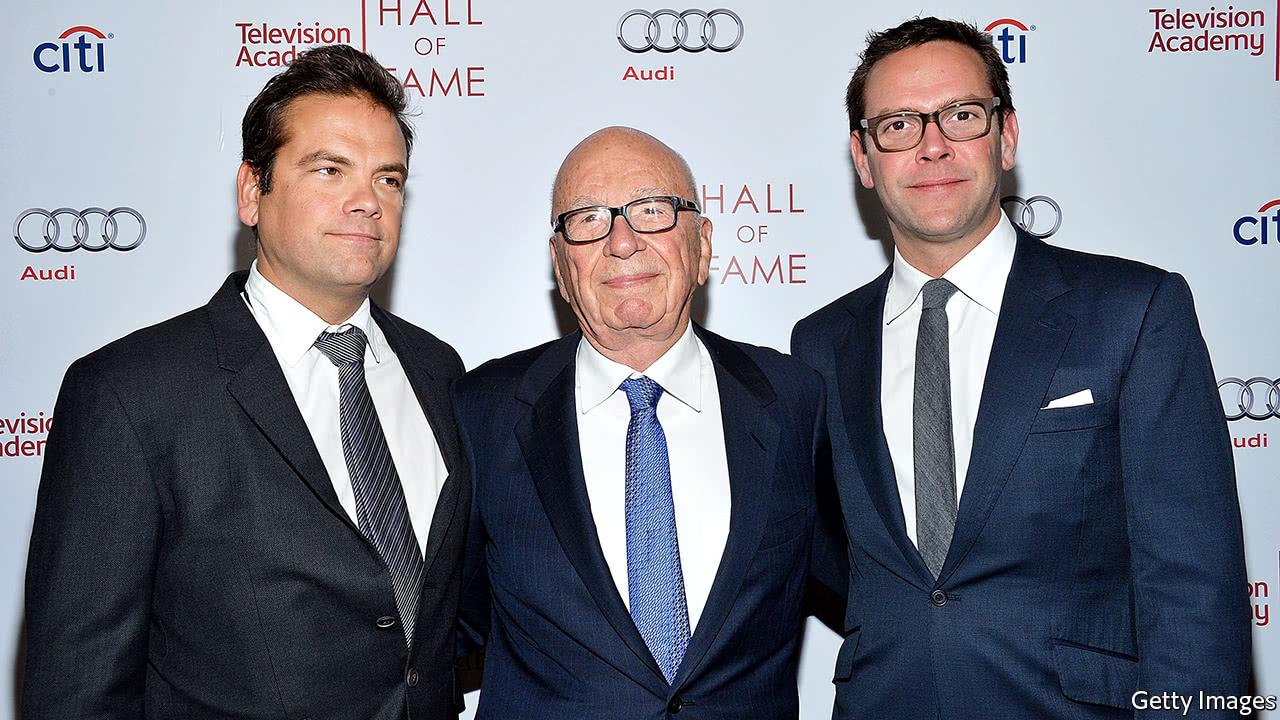 THE only media mogul still bestriding his industry in old-fashioned style is used to being a predator rather than prey, a builder of empires, not a dismantler of them. So Rupert Murdoch’s reported willingness to sell off much of 21st Century Fox, whether to a rival such as Disney or to a distribution firm like Comcast or Verizon, has come as a shock to many. It should not.

If Fox does follow through with selling the assets—its film and TV studio, its stake in Sky, a European satellite broadcaster, and many of its cable networks—it may well be remembered as one of his cleverest moves. Mr Murdoch would have correctly judged a shifting media and regulatory landscape and sold high (perhaps for $50bn or more; see chart). He would retain lucrative assets in news and sports broadcasting, notably Fox News Channel, which could serve as the base for a new fief of a different sort. Mr Murdoch would also retain plenty of political sway through his newspaper businesses, housed at separately...Continue reading

Another example of why replication is important in science