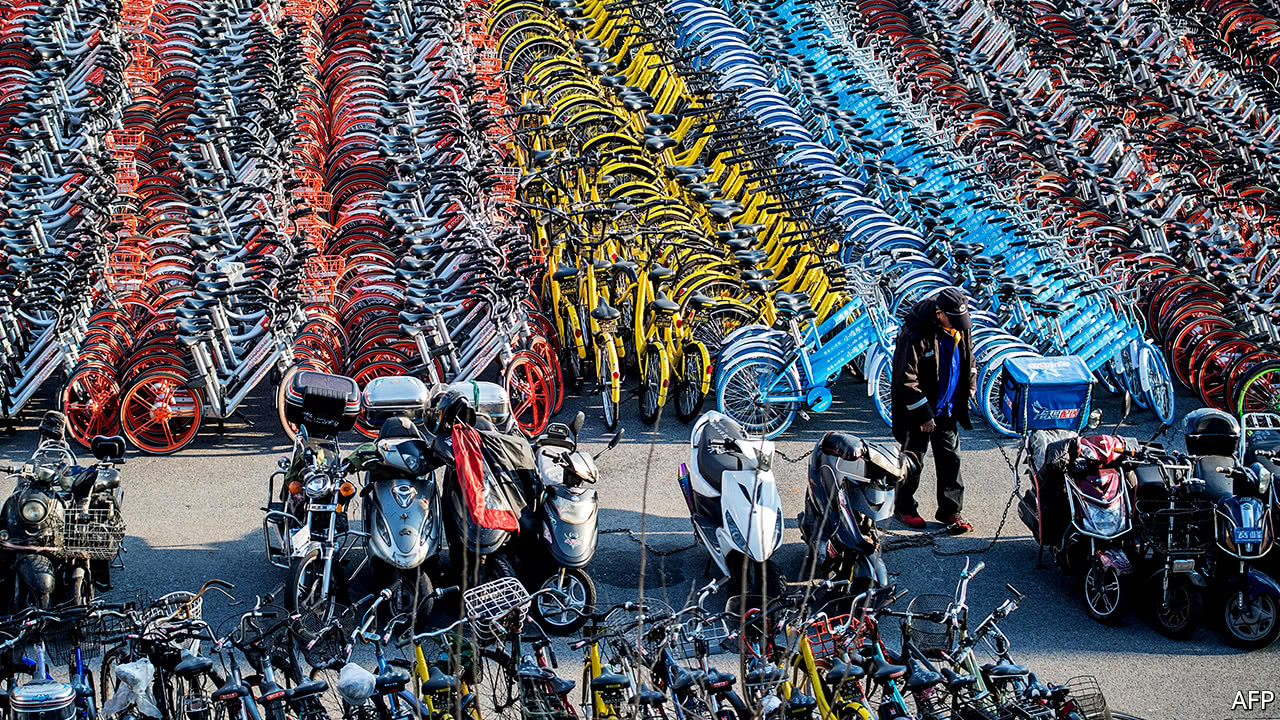 STEVE JOBS liked to describe computers as “bicycles for the mind”—tools that let humans do things faster and more efficiently than their bodies would allow. The internet-connected bikes flooding the streets of urban China could be called “computers for the road”. Networked, trackable and data-generating, they are ones and zeros in aluminium form.

The cycles belong to Ofo and Mobike, two startups that, taken together, have raised $2.2bn of capital and are valued at more than $4bn. Each has between 7m and 10m bikes in China, averages 30m-35m rides a day and, having entered more than 100 Chinese cities, is expanding abroad. At the start of 2016 neither firm had a single bike on a public road. Ofo’s canary-yellow cycles and Mobike’s silver-and-orange ones can now be found in cities from Adelaide to London and Singapore to Seattle.

Most city bike-sharing systems, such as the Vélib scheme in Paris, depend on fixed...Continue reading