Australia is the new frontier for battery minerals 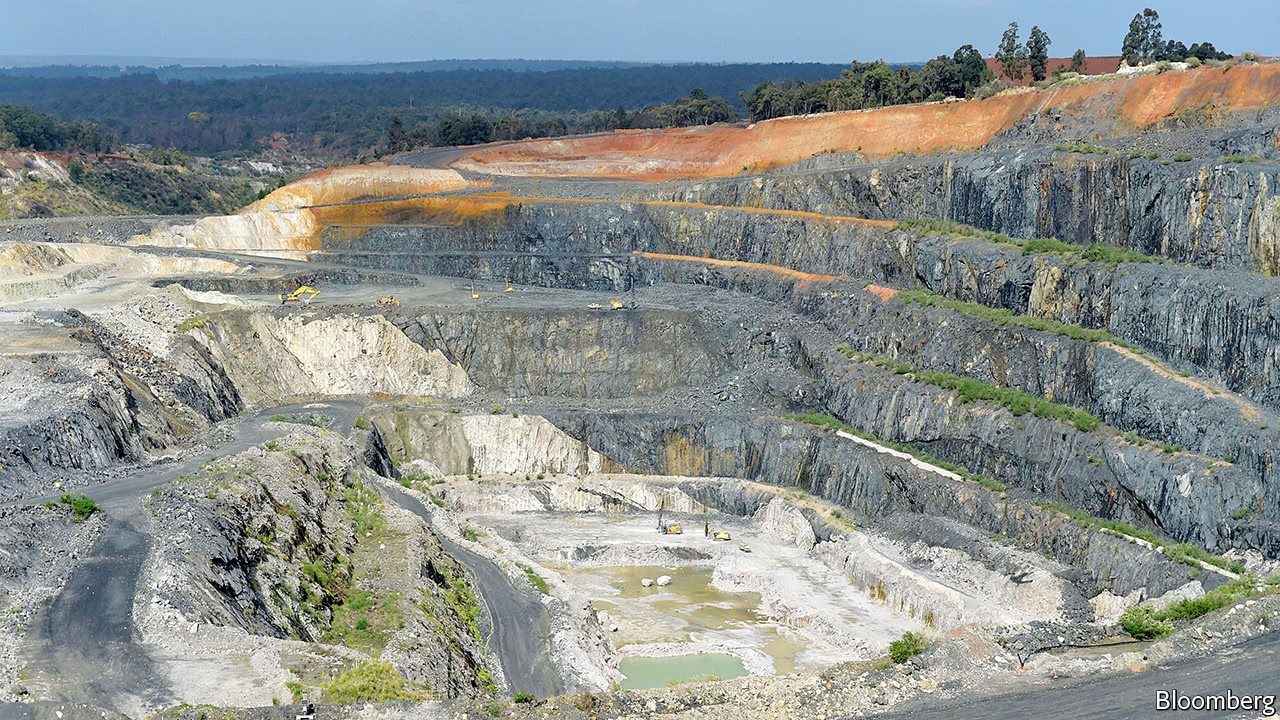 FORGET the “resource curse”. Australia is blessed with the stuff. For more than a quarter of a century it has not had a recession, thanks largely to Chinese demand for its raw materials. It is only a few years since the end of one such China-led boom, in base metals such as iron ore. A new speculative flurry has started in minerals such as lithium, cobalt and nickel to feed another China-related craze—making batteries for electric vehicles (EVs).

Ken Brinsden, an Australian mining engineer, says he pinches himself over these remarkable turns of fortune. Until 2015 he was a boss at Atlas Iron, which shipped low-grade iron ore to China. In 2011, at the height of the China-led supercycle, it had a valuation of A$3.5bn ($3.8bn). This has now shrunk to A$167m. But he now heads Pilbara Minerals, whose Pilgangoora lithium mine in the outback of Western Australia lies so close to two of Atlas’s former iron-ore mines that he can see them from...Continue reading