Google can no longer count on political goodwill at home 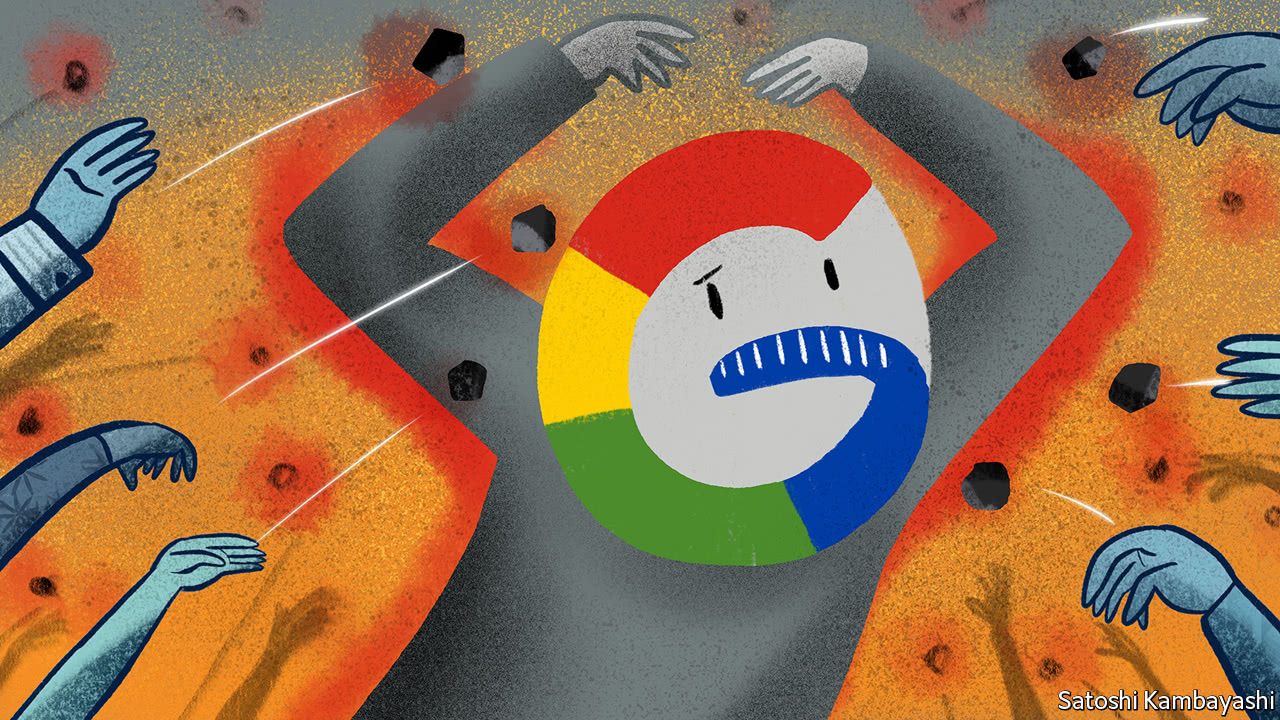 “WE USED to be so dismissed,” says Jeremy Stoppelman, the boss of Yelp, an online-review site which has waged a six-year-long battle against Google over how the online giant ranks its search results. Now American regulators are taking concerns about Google more seriously. On November 13th, Josh Hawley, Missouri’s attorney-general, launched an investigation into the search giant to determine whether it had violated the state’s antitrust and consumer-protection laws. Other entrepreneurs, too, congratulate Mr Stoppelman for speaking out about Google; they would not have done so before.

Until then it had been chiefly in Europe where Google had trouble. In June the European Commission announced a record-breaking €2.4bn ($2.7bn) fine against it for anticompetitive behaviour, concluding it had suppressed online-shopping results from rivals in its search results. Other investigations into Google’s behaviour in European countries are ongoing. America has taken a more benign view of its...Continue reading