Coal becomes a flashpoint in a close election in Australia 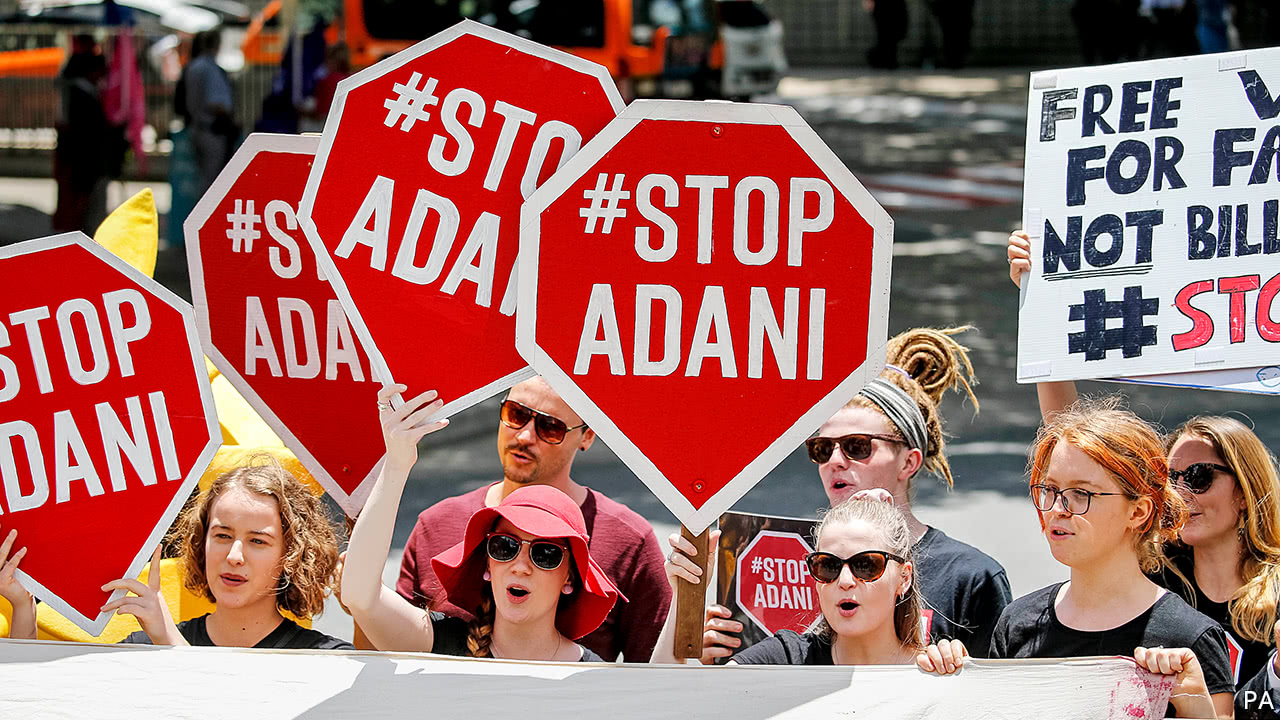 The voting booth’s the place to do it

THE bars along Wood Street have gone quiet. Thirsty mine workers on six-figure salaries have become a rarity since a coal-exporting boom ended. Boom-bust cycles are hardly new for this northern coastal city in the state of Queensland. But Greg Williamson, the mayor, says: “The cliff we fell off this time was enormous.” Many see salvation in a plan by Adani, a firm based in the Indian state of Gujarat, to build Australia’s biggest thermal coalmine in the remote Galilee Basin, about 300km (190 miles) west of Mackay (see map). The proposal has ignited protests around Australia, and could even decide the outcome of a state election on November 25th.